Got to love that Filmoteca, here in Barcelona - a whole Billy Wilder season for the next two weeks - lots of the classics: "The Lost Weekend", "The Big Carnival" aka "Ace In The Hole" (one of my favourites about the unscrupulous journalist & the miner trapped underground, with the awesome Kirk Douglas), the film noir masterpiece "Double Indemnity", "Sabrina" and "Some Like It Hot".... no "Sunset Boulevard" though, that's a bit odd. Check him out on www.imdb.com - he did some many great films in his career. 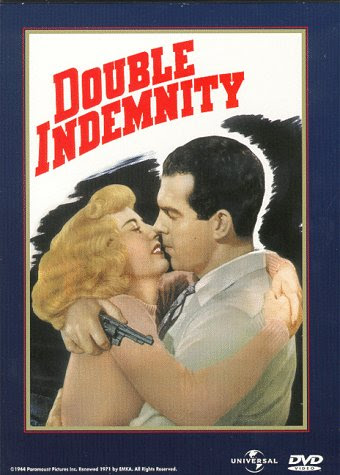 Just came back from RAWAL LAUNCH @ my favourite Barcelona venue - La Paloma. First shock was strolling in there at 9.30pm and finding the place packed - this is Barcelona for God's sake - nobody goes out at that time... When recovered from the shock - checked it out, market stores selling food, clothes & jewelry. Yoga lessons given from the stage by crazy Argentinian guy... girl doing gymnastics on a rope, dangling above the crowd, Bhangra dancing... crazy. It was a really interesting night, until some really dull, bog-standard guitar pop band came on, we got bored after four songs and had to leave, and we weren't the only ones. Good up until then though.

Ten days into the New Year, and still my resolution is holding firm. No Doner Kebabs have passed my lips since the evil, food poisoning bastard on December 29th. Last night was a close run thing - leaving SIFO at 2.30am this morning after a marathon six hour DJ session, split between there and Senses - then having to run the gauntlet of all the late night Kebab shops along Rambla de Raval, with those glistening hunks of lamb and chicken turning temptingly on their spits. But no, i managed to ignore them all - and on arriving home, rewarded myself with some warmed-over, home cooked pasta & a huge chunk of duty-free Toblerone. You see it is possible to keep a New Years Resolution, at least for ten days...

A further update on my last bunch of travel info, with an added trip to Madrid next month as follows:

Flights between Barcleona & London are now ridiculously cheap during the week on Easyjet, so taking the opportunity to go and rescue some of my goodies from storage hell... plus of course London & LA in March.
As follows:

One cold and wet morning last October - I stepped into this old bar in the Santa Ana region of Madrid, just to get some coffee & a bocadillo for breakfast... not really thinking much of it at the time. It is beautifully old fashioned, with the tiles & the whole place is decorated with old photographs & press cuttings of bullfighters, with a few big old bull heads hanging on the wall. All the waiters dressed in white shirts & aprons, like they had just stepped out of the 1930's, with that 'don't really give a damn' attitude.

I thought it was great - was until later that I learned that it used to be frequented by Ernest Hemingway, wasn't really surpised by that, you can't really go anywhere on the planet with finding a bar that he used to drink at. What really impressed me though was when I read that it used to also be visited by Ava Gardener and Frank Sinatra... I guess that would have had to have been around the time that she was making the movie version of Hemingway's "The Sun Also Rises" here in Spain. Next time I visit there, will be quite easy to visualise the pair of them - Ava checking out the young matadors, with Frank seething away with jealousy in the background, I guess they must have been married then.

Must go back to Robert Evans's amazing book 'The Kid Stays In The Picture' see if I can find some history - 'The Sun Also Rises', was Evans first starring roll & every other actor, the director & even Hemingway himself, tried unsuccessfully to have him thrown off the project, but you'll have to read the book...

Phew well that's the festivus season over for another year, luckily i managed to avoid most of it this year through a series of deliberate and accidental manouvres. Went off to visit Ben in Andorra on the 23rd and stayed up there in El Tarter for a good five days, in the snow... see www.grandvalira.com, which was very nice. Had fully intended to try some skiing, even getting insurance in advance, but then kept having this recurring nightmare of snapping my wrists - going down on the ice. No actual snowfall, when i was there, just hard & slippery ice... so i thought it would be much safer just to potter about taking photos & laying about in the central heating watching DVD's. Did actually manage to rustle up a pretty good Xmas dinner of roast chicken & all the trimmings - although it suffered a bit through lack of a decent gravy - should have seen me attempting to mime 'gravy' to a bemused Andorran woman in the local market. So engaged in maximum lethargy mode & watched back to back episodes of "Lost"... awesome.

Came back down on the 28th with a stinking cold, to a virtually deserted Barcelona, well deserted by everybody i know, and promptly made the ridiculously stupid mistake of eating after midnight. That would be submitting to the temptation of the late night, doner kebab & chips - what an idiot. Subsequently knocked sideways with a sledgehammer blow of food poisoning, which lasted pretty much into New Years Day. Will I never learn - that grungy looking spit of chicken, that that grimy looking dude is taking slices from, has probably been hanging up there for at least a couple of days... and no he does not give a shit if you live or die - just as long as he gets his €3.50.

Consequently NYE was a write off for me... in bed by 11.15pm, slept 13 solid hours - whilst the world was celebrating, i was well not really giving a damn about anything really - except if there could possibly be anything else in my belly, that i could deposit down the toilet bowl... lovely! Still thats left me with two New Years resolutions - "Eat Better Food" & "Declare War on Kebab Shops"... well along with the twenty four others, most of which I have already forgotten.