Forthcoming Movements, as it were...

As I haven't been on enough flights this year to make a hugely valid contribution to global warming - I'm sure that there are still a few more square miles of the Antartic Ice Cap, with my name on, that needs a bit of melting... sorry penquins.

Heads Up Iran! You're Next! So Tony Blair is convinced that Iran is behind attacks on UK forces is Southern Iraq eh? and of course we can trust Tony - I mean it wasn't his fault that the information he was given about Weapons Of Mass Destruction turned out to be a huge crock of shit... wasn't his fault that the 15 Minute Response was a totally fictitious... of course none of this was going to stick with Teflon Tony.

Tony Blair leading the way... of course Condoleeza Rice is meeting him in Chequers today to talk it over, although military action against Iran is "inconceivable". And of course Iran is developing their atomic programme in order to build nuclear weapons - hang on a second, doesn't this all sound a bit familiar?

Strange co-incidence that Katarina and subsequent hurricanes, just happened to knock out a huge chunk of America's oil production in the Gulf of Mexico in the last couple of months, but convenient that Iran just happens to have a huge reserve of the stuff.

New Little Sprog In The World My very good friends Naomi and Ned, brought a new little sprog in to the world last week, over in Los Angeles... He was born on the 8th October, weighing 8lbs and 11ozs and his name is Kal Phoenix Douglas. Ain't he a little sweetie... and look Ned's teaching him how to use Mac OSX Tiger already, that's dedication for ya.

What A Strange Co-Incidence So I'm laying around the flat, just thinking about stuff - and I'm thinking about being in the Fun Ho! toy museum in Taranaki, New Zealand - which used to the only place in NZ, where they actually manufactured toy cars for kids, which is pretty amazing. I was there whilst on a road trip from Wellington to New Plymouth with Katie H and, exactly like today in Barcelona, it absolutely pissed down with rain the whole day. So then I'm thinking I wonder what I was doing on this day last year? so I pull last years diary off the shelf - and by a strange co-incidence it was exactly one year to the very day, that we had visited the place. Click Here to see more photos.

Maybe the rain's not a co-incidence, because it always rains in New Zealand... but also we ended up going to see the dreadful Pitch Black at a crazy rave in Wellington, and wound up at 4am, absolutely blind drunk in a karaoke bar! Co-incidentally I'm going out later tonight, for a friends birthday drinks in BCN - and there is also a very good chance that i might end up stinking drunk at 4am. What a strange world it is.

What Is The Sunday Joint?
The Sunday Joint is a new club commencing in Barcelona at the end of October. Every Sunday evening DJ / Promoters, Roger C and Lloyd Thomas will be presenting a finely prepared menu of funky beats and visuals, in elegant and comfortable surroundings. The perfect crossover from Saturday night to Monday morning.

Where Is The Sunday Joint?
At a brand new bar in El Raval, Senses – intimate and simple, with low-level sofas and tables, cosy corners and low lights. Complete with a fully stocked bar and excellent high-quality sound system.

What Music Plays At The Sunday Joint?
A thick and tasty stew of Funk, Soul, Jazz Breaks, Roots Reggae flavoured with some Latin Boogaloo and spiced with a little Afrobeat and Old-School Hip-Hop. A delicate blend of tunes both classic, rare and contemporary… James Brown, Curtis Mayfield, Stax, Betty Davis, Sly Stone, The Meters & Soul Jazz… Willie Bobo, Ray Barretto, Fania & Vampisoul… through to the 21st Century sounds of Quantic Soul Orchestra, Jamie Lidell, Plantlife, Sharon Jones, Ninja Tunes and Quannum. A simmering cauldron of beats & breaks, where anything goes as long as the main ingredient is SOUL.

Who DJ’s At The Sunday Joint?
• Lloyd Thomas – if all the beats in this man’s laptop were laid end-to-end, they would reach the moon. Lloyd has played extensively in the UK and also at a great many barrio bars in his occasional home of Medellin, Columbia.
• Roger C – a DJ for twenty years, there are not many places where Roger has not spun his extensive collection of vinyl & cds. He started the original Sunday Joint in 1997 where it ran for a year at the Vortex Jazz Bar in North London, providing a platform for local DJ’s and musicians to perform. After re-locating to Australia in 1999, Roger started the second Sunday Joint in the Glebe, Sydney which ran throughout the long hot summer of 1999 – 2000. This led to a two year DJ residency on Eastside Radio in Sydney – producing his own soul & funk show “Fight The Power”.
• Online DJ mixes are available from the website below.

How Can I Get More Information On The Sunday Joint?
Email: sundayjoint@fastmail.fm
Web: http://sundayjoint.blogspot.com 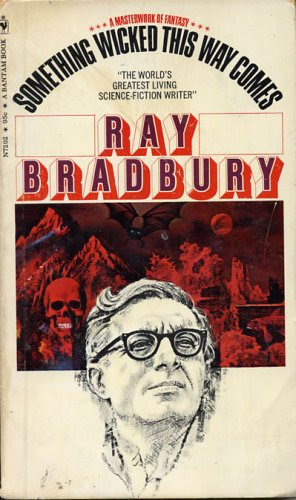 "And if it's around October twentieth and everything is smokey smelling and the sky orange and ash grey at twilight, it seems Hallowe'en will never come in a fall of broomsticks and a soft flap of bedsheets around corners.
But one strange wild dark long year, Hallowe'en came early."
Ray Bradbury - 'Something Wicked This Way Comes'
# posted by Roger C @ 2:16 PM 0 comments